Last week I wrote about the importance of a CV and how to put one together. However, it’s likely that your first CV looks like mine did – sparse. Over the last few years I have been building up my CV one section at a time using a strategy I call active achievement. This can be applied to anything when you have a clear goal in mind, so don’t think of it just as a CV building strategy. 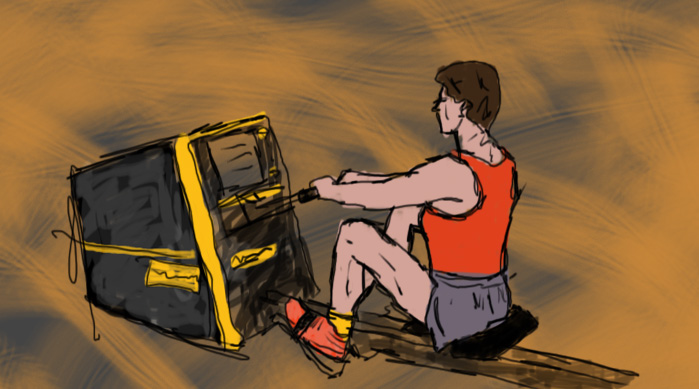 The idea behind active achievement is to put a lot of focus on a single goal over an extended period. I find that it works best for things that aren’t normally part of day-to-day work, require consistent effort over a longer time line, and aren’t mandatory for your business but beneficial nonetheless. Every year I pick one big thing to focus on and work towards that year. I have had three active achievement goals so far. They were to have several gallery shows (2009), to win photography awards (2010), and this year it is to receive several art grants. For simplicity I will use the awards year as an example.

Up to that point I had never received any photography awards. While awards aren’t generally a worthwhile pursuit, certain ones can provide significant exposure and otherwise unattainable opportunities. As the year started, I began to seek out all the photography awards that I would want to win and thought I stood a chance in. I created a list and put all the due dates in my calendar so that I wouldn’t miss deadlines. I then consistently sent my work in over the course of the year and ended up winning three.

While simple in nature I think active achievement works for several reasons. By having one clearly stated objective, you plant a seed in the back of your mind. Subconsciously, you are always looking for opportunities to push that goal forward and become more receptive to them than usual. Having the span of a year is enough time to learn the mechanics of a process and achieve things that require longer time to get moving. Finally, once you do figure out the process after working on it for a year, you can continue to see result in the future as you implement it into your regular schedule.

View all posts by Knock Twice